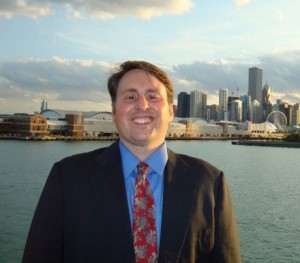 1. If there was a movie produced about your life who would play you and why?
Charlie Sheen. Seems like he is always having fun, even in times of crisis. And doesn’t care what haters think. Also, winning.

4. If you could visit any place in the World, where would you go and why?
I’d like to go to Iceland, sometime when it’s 100 degrees in New Orleans, and enjoy the coolness.

5. What’s the weirdest thing you’ve ever eaten?
Haggis at a Highland Games Festival. And I liked it.

6. What are you reading now?
Confessions of an Heiress by Paris Hilton.

7. If you could sit and chat with any historical figure who would it be and why?
Jesus, Hitler, or Elvis. I’d have a lot of interesting questions for each.

8. What would your slogan be for your life?
I get knocked down, but I get get up again. You’re never going to keep me down. (see Question #2)

9. What do you want to be when you grow up?
Happy and having fun.

10. What is something no one knows about you?
I’ve never smoked a cigarette or drank a cup of coffee.

11. What piece of art have you seen that moved you?
The Marine Corps Memorial in Arlington, Virginia.

12. What was the last thing you geeked out about?
iPhone 5

13. If you could hear someone’s thoughts for one day who would it be and why?
Ann Coulter. She’s screwing with us on purpose, right? There is no way she believes most of what she says. I hope not.

14. If you were trapped in a TV for a month what show would you choose to be in and why?
Jeopardy. I watch Jeopardy as much as possible, and I never get tired of trivia. Ever. 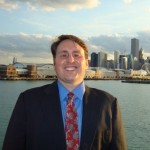 Seth Coman has worked in the domain name industry since 2006. He is a domaining entrepreneur and investor, and his portfolio includes many geographic and industry-related domain names. Seth was the Director of Advertising Sales and Marketing for Modern Domainer Magazine. He was recruited by Modern Domainer late in 2006 to develop overall strategy, lay a foundation for success, and create a strong marketing and advertising gameplan for the new publication. During and since his time with Modern Domainer, Seth also served as the conference coordinator for the Domainer Mardi Gras conference held in New Orleans in 2009 and 2010, as well as later serving as a sales and marketing specialist with domain registrar DirectNIC.

Prior to his involvement in the domain industry, he held various marketing and advertising positions with the sports industry, including the New Orleans Zephyrs professional minor league baseball club, and with the Athletic Departments at Tulane University (New Orleans), The University of New Orleans, and Rice University (Houston, TX). His work involved corporate relations, advertising sales, and group ticket sales. Seth also was a manager with Sports Productions, Inc., a national sports marketing firm, where he led a successful sales staff. While at SPI, he also created and supervised marketing strategies.

He earned a Bachelor of Arts in History and Business Administration at the Loyola University of New Orleans and also holds a Master of Arts in History from the University of New Orleans where he studied under noted World War II historian Stephen Ambrose. Seth conducted interviews of war veterans while in graduate school for the university’s Eisenhower Center, which later became the National D-Day Museum in New Orleans (now the National World War II Museum). His master’s thesis, The Golden Age of Boxing in New Orleans: 1880-1895, is the definitive narrative on Southern Gilded Age professional boxing.

Seth is an unrepentant sports junkie and world-class history buff. He wastes most of his free time reading, writing, traveling, and watching the History Channel.